First impressions of the Errata/FAQ's 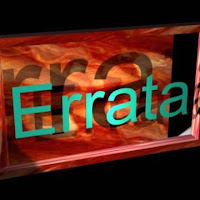 So finally the Errata/FAQ's are out for everything and most of the codex ones are unsurprising.
Few are quite big however and worth glancing over.

Look Out Sir! seems to have lost the loophole I'd heard going about previously, thankfully.
Previously it was claimed you could take advantage of a characters armour and then transfer a failed wound to another model, but with the removal of the words "(or unsaved wounds)" from the section it means you definitely allocate the moment it is designated. Hurray for improvements!
I'm less sure on the wound being allocated to the nearest model, but it does make sense.

Some weapon improvements (husk blade) in the codex ones are interesting but stealth-nerfs (as they will be claimed) such as Paladins, Wolf Guard & others no longer being characters will likely cause some upset.

I won't go over everything in detail, thats best for you to do yourself (they are here: http://www.games-workshop.com/gws/content/article.jsp?categoryId=600005&pIndex=1&aId=3400019&multiPageMode=true&start=2).

Unfortunately some things I feel should have been addressed haven't been. They tweaked the wording that Flyers can go between 18"-36" (which everyone had assumed anyway) but still no reason why the 18" combat speed exists anyway and why it shouldn't just be removed (see my post: http://igota4.blogspot.co.uk/2012/08/6th-edition-flyer-rules-are-weird.html). However the fact you have to keep track of exactly how many inches each flyer moved in case they suffer Locked Velocity just seems annoying, frustrating and a cheap get out of their mistake.

Have to love there are still a few errors in the FAQ, visible even to those who haven't read through properly.
Ork Nobs needing to add a designers note which they left out of the Errata for example.

Anyway, have a look yourself and let me know what things caught your eye on the first look through!
Posted by Elleusive at 17:58